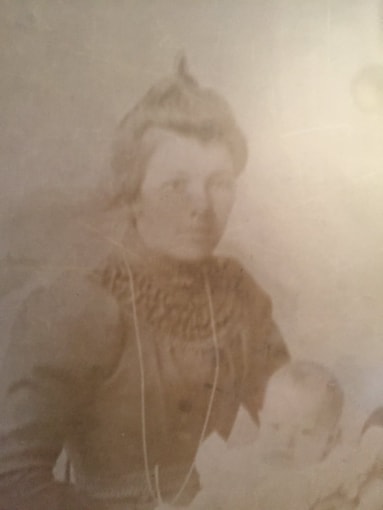 They hang unused in my hearth now,

carried them from Italy

more than a century ago.

I picture her, this tiny woman

I know only through photos

and my nonna’s stories,

walking up the gangplank

of the ship in Naples, weighed down

by luggage and three children.

who had labored long

in the stone sheds of Quincy

to afford their passage.

So much of her past had to be left behind,

but she wasn’t leaving without her cooking pots.

the copper pots with their wrought-iron handles

swing on a rope

draped over her thin shoulders.

She didn’t know what she’d have

to put in them in this new country,

hopefully more than the starchy bulk of polenta

that had quieted many a growling stomach

back in their mountain village.

at least it would be cooked right.

Naples, there’s as much to hate about you

as there is to love.

The piles of uncollected garbage

of a cup of espresso

from a tiny street cafe`.

The thieves that buzz your narrow streets on motor scooters

who will tear gold earrings from women’s ears.

The pizza margherita as delicate

as a lover’s kiss.

where the clot of cars never abates

and traffic lights and stop signs

are seen as mere suggestions.

infuriate and charm me

in a dialect many Italians

embrace every day with abandon

living in the shadow of Vesuvius

to erupt again and bury them

Am I the only one

that sees a puff of smoke

rising from its summit,

and smells a whiff of sulfur in the air?

with a wry smile –

Don’t spit into the sky because

it’ll land on your face.

A truism spoken by people

Brett Peruzzi lives in Framingham, Massachusetts. His poems and prose have previously appeared in Ovunque Siamo, The Boston Globe, Exquisite Corpse, Toasted Cheese Literary Journal, Sahara, Pine Island Journal, Boston Poetry Magazine, Gloom Cupboard, and other publications. His family came to Quincy, Massachusetts, near Boston, at the beginning of the twentieth century from the Rome area and the province of Lucca in Tuscany. Both branches of the family worked in Quincy’s granite industry, eventually owning their own businesses, which specialized in cemetery headstones and other monuments.