Marisa, please tell us a bit about your evolution as a poet.

I turned to poetry late in life, more specifically when I stopped working for wages. Now I’m an old retiree but call myself a “young” poet. I have been writing for roughly ten years. That’s like an hour and a half in a poet’s life if you consider that it took Elizabeth Bishop ten years to write “One Art.” I suspect my output will be slim but the achievement for me is the vocation itself. Like a spiritual practice poetry will be with me for the rest of my life.   As for my evolution as a poet I can tell you that I wrote my first poem in Sicilian.   One day my daughter informed me that she had been awarded a Fulbright Scholarship and planned to reside in Sicily for a year to complete her research on organic farming. My parents had taken me away from the farms and now my daughter was going back to learn the old ways that would lead her to creating something new. It was all so cyclical and surreal I could hardly speak.   I tried expressing my emotions on the page and the words instinctively burst forth in my first language. Fastest poem I ever wrote, which goes to show the stuff that poetry is made of—emotion that is deeper than a conscious level.

Now I know how to craft a poem, now I know where to break a line—the rhythm of my own breath. Now I sit with an intention but it’s the same old story. I must wait for an emotion to rise or a musical phrase to surface and see where it leads me. No matter how skillfully a poem is crafted if it does not convey some emotion or lacks musicality my poem will have no heartbeat.

Marisa, your poems have a deep resonance of both “place” and “other.” What is your experience as a native-born Sicilian living in the United States?

I was ten years old when my family and I stepped off the Christopher Columbus. The ship took eight days to cross an ocean and docked in New York Harbor one June day, 1961. We dragged our trunks full of my father’s photographic equipment off the boat and soon took up residence in four railroad rooms somewhere between Brooklyn and Queens. I’ll give you the short version of my first years in America. They were the hardest of my life and I have always thought of those years as a shipwreck. My father had set up his photographer’s studio when suddenly he died. We had been in America a little over a year. My mother found work in a sweatshop. Somehow we survived. I can’t say that my suffering had much to do with the neighborhood kids asking to see the knife in my pocket or schoolmates making crude jokes about my olive skin. My deep sorrow had everything to do with the loss of my father and I was busy consoling my mother who faced much bigger problems than mine. She had two kids to feed. I paid little attention to bullies who claimed that crime was embedded in my nature. In retrospect, cruel words must have had an impact on me though I didn’t know at the time. 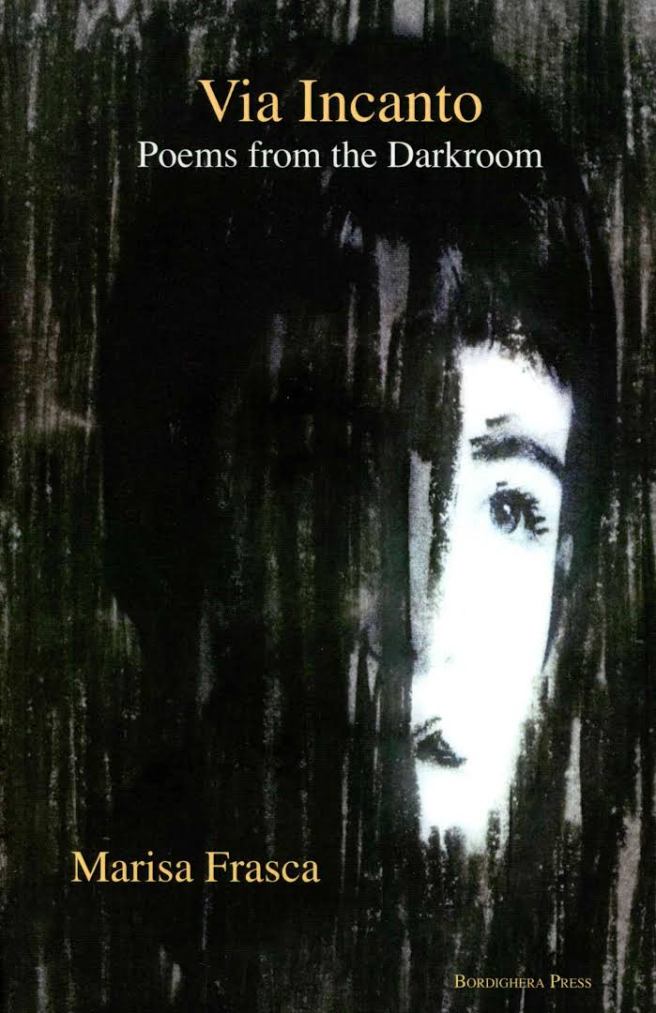 Your poem “When We Were the Other” contains the epigraph “For my Italian-American friends wearing MAGA (Make America Great Again) hats. This is the voice of your forefather, my forefather. He was a young man then.”   The images of violence are raw and impactful, revealing that it was not so long ago when the Italian-American was unwanted and persecuted. Why do you think Italian-Americans have forgotten this part of their history?   What do you think a poem like this achieves?

Yes, the epigraph in “When We Were the Other” points fingers at my Italian American friends who have not bothered to investigate their own history. Then again some may know the historical data but have conveniently chosen to forget it.   It is my hope that this poem pesters the conscience of those who cheer our U. S. President when he uses base speech to describe entire populations, criminalizes the desperate attempting to flee from war and famine, people not so different from our forefathers who longed to find work in America and dreamed of leading a dignified life. America has had a long tradition of demonizing new immigrants and we should all be horrified when a self-serving leader aims to wrap us all into his false patriotic wreath, have us hand over our hearts to hate. Italian Americans know only too well how we have been perceived—as having a barbaric proclivity towards crime—and we know how long and hard many of us have struggled to shed that stereotype. My hope is that we, old wave of immigrants, are not doomed to persecute the new. As I write this response to you, Michelle, I can’t help but recall a few lines from a Langston Hughes poem: “Let America be the dream that dreamers dreamed / Let it be that great strong land of love / Where never kings connive nor tyrants scheme / That any man be crushed by one above.” I borrow these lines to serve my purpose here, but Langston Hughes being African American also included this in his poem: “America was never America to me.” I have read this moving poem many times and it still makes me weep.

In “The Great Northeast Blackout, 1965” the poem tells a story about your first friend in America and how you both are alone during a blackout.   The sinister quality of this poem is arresting, as two young girls fend for themselves while being subjected to the wrath of an American neighbor who uses a derogatory term for Italians.   I would assume you have had a number of these incidents as an immigrant —-how bright do these memories burn and it writing about them a way of dealing with them?

“The Great Northeast Blackout, l965” and the poem that follows “Poem of Exile” are based on real experiences. I wrote the poems while keeping current events in mind. More to the point—children separated from their parents at the border. The dark of my long ago night in ’65 and the present darkness those traumatized kids now face seem to merge. Of course I will never really know the fear and pain those kids endure or how many years the terror unleashed upon them will continue to plague their lives.

Watermelon is a delicious poem. The last four lines are incredibly poignant, especially the line “Some days loss is nowhere in sight.” What kinds of loss are you referring to?

What loss am I referring to in “Watermelon?” The personal loss of an immigrant who leaves behind her hometown and her native language that have evolved without her, the loss of carefree childhood days, the loss of a familiar face such as the street vendor pulling his cart full of watermelons, the loss of his sing-song voice shouting the attributes of the fruit he hopes to sell. The loss of a father who cuts that first slice of watermelon for his young daughter and watches her enjoy the juicy jubilance he has lovingly offered. I am speaking about things that are no more, loss of all kinds we humans must face no matter where we’re born, where we end up, how rich or poor, no matter how hard we love.  Loss makes neighbors of us all.   The poem aims to convey the notion that we carry our beloveds inside us, are one with them for a few magical moments when we remember them.   I wrote this poem on a beautiful summer day and the taste of watermelon took me to a distant world while my body sat under a fig tree in my American backyard. Living in two worlds at once. Watermelon is in this poem but a piece of sea glass found on the beach could be in another, a pair of socks left behind in a drawer can trigger the mind into calling a lover who is absent into presence.

Is the writing of these poems cathartic or painful in some ways? What are you trying best to convey?

As I said earlier I may be sitting with an intention in mind but rarely does the initial idea stick for very long.   The wonder of writing is that it leads to discovery. Follow your emotions and set them to language I keep telling myself. However, you can’t live feverish every day or you’ll constantly be cutting yourself shaving. I forget the name of the poet who said that but I adhere to his wise council. While poetry may be less rational brain (love rarely touches the reasoning part of the brain) and more irrational heart, you do need the brain to keep the discipline of sitting your body down every day, to craft the poem as a cabinetmaker would carve wood and piece together the disparate parts, then polish to a high sheen, satin finish, distressed, or leave the wood raw.

What would you say are your “preoccupations “in your work—in other words, what do you feel you need and want to write about—-what keeps you awake at night?

Writing poetry is serious business though many folks have said poetry has never changed a thing in this world. I would argue with that (if only on a personal level). It does change you, constantly.   Whether you read or write poetry you get to experience different ways of being, other ways of looking at the world’s mysteries and immensities. You give yourself over to something larger than the self. And while I’m on the subject of self, a mature poet knows that the “me” in a poem is never enough to make it a good poem. Also, the poet must kill the critic inside that tries to numb us into conformity.   Poetry is an expression of freedom. Poetry is renovation. A little humor always helps when you’re pulling your hair out over a comma or a period.

“I drink, I burn, I gather dreams and sometimes I tell a story because Promethea asks for a bowl of words before she goes to sleep.” Yep, Helene Cixous sums it up.   Those words from “The Laugh of the Medusa” have been keeping me awake at night as of late.