Michelle Messina Reale is a Professor and librarian at Arcadia University. She is the author of nine collections of poetry including her most recent Season of Subtraction, Bordighera Press, 2019. Forthcoming in 202o are Confini: Poems of Refugees in Sicily,  Cervena Barva Press,  and In the Blink of a Mottled Eye, Kelsay Books.   Reale’s work has been published widely both online and in print.  She has been twice nominated for a Pushcart Prize and her work appeared in the 2010 Best of the Net Anthology. She conducts ethnography among African refugees in Sicily and conducts research in may other areas, including all aspects of Italian-American identity and life, narrative inquiry and inheritance, and others .  She holds an MFA in poetry.  She is  Sicilian and Calabrese on her father’s side, Neopolitan on her mother’s.  You can reach Michelle at  ovunquesiamo1@gmail.com.

CHAD FRAME earned his MFA at Arcadia University. His poetry, fiction, book reviews, and interviews have appeared in decomP, Rust+Moth, Menacing Hedge, Mobius: The Journal of Social Change, Calamus Journal, Prick of the Spindle, Rag Queen Periodical, and elsewhere. He is the 2017 Poet Laureate of Montgomery County, Pennsylvania, and has used this platform to organize MARGINS, a diversity panel of minority artist voices who speak at schools and other venues about their unique experiences. Chad has been nominated for Best of the Net, is a past Literary Death Match pugilist, and lives with a Maine Coon named Jabberwocky in an outlying Philadelphia suburb. 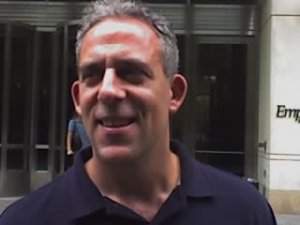 I am the author of CALL ME GUIDO , published by Ovunque Siamo Press.

In 2018, my short story collections, Hallucinating Huxley and Freud’s Haberdashery Habit, were published by Alien Buddha Press.  Both are also available on Amazon.

My writings have appeared in Ovunque Siamo, Narratively, Mad Swirl, Pif Magazine, Longshot Island, Beautiful Losers, The Honest Ulsterman, Chagrin River Review, The New Engagement and many other publications.  IN 2018 , I was nominated for a Pushcart Prize. I am currently an  Associate Editor for MadSwirl Magazine.

You can always find me lingering in my own reality usually linked to me reading a book! I graduated with a degree in English from Arcadia University with  a concentration in creative writing. . Beyond the written word I love coming home and making a good old fashioned pot of Gravy (or sauce depending on where you swing on that argument). I am a home grown Jersey Italian who loves recipe books as much as works of fiction.

If I’m not drawing, I’m thinking in pictures. I often find it impossible to turn the video-reel of my imagination OFF.  I’m a Tyler School of Art graduate, and after working for years in a fast-paced design studio, I began freelancing and never looked back. Recently I’ve focused on developing a new illustration style using watercolors, gouache, and ink. The creative process is always energizing, and I feel like a curious art-explorer discovering new territories. You can contact me here.

STEPHANIE LONGO, is  a dual citizen of the United States and Italy.  She runs an Italian-American heritage association in her region, called SIAMO.   She is currently the director of marketing and communications at The Greater Scranton Chamber of Commerce and is involved with many other community activities and incentives. She is a native of Dunmore, Pennsylvania, and the author of three books: The Italians of Northeastern Pennsylvania, Dunmore, The Italians of Lackawanna County. You can reach Stephanie at stephaniealongo@gmail.com

I am an author, journalist, and critic living in New York City. I have contributed features, reviews, essays, and opinion pieces to a wide range of print and digital publications. My ruling passions are culture and the arts (especially music, movies, and theater), politics, social science, social and political theory. I have written about all these topics, for such publications as The Nation, Film Comment, Newsday, Gay City News, The Advocate, Cineaste, In These Times, The Italian American Review and Gay and Lesbian Review Worldwide. I also am a contributor to the online publications PopMatters, The New York Journal of Books, Rootsworld, La Voce di New York and I-Italy. I am the author of An Offer We Can’t Refuse: The Mafia in the Mind of America (Farrar, Straus, Giroux), and a contributor to the Routledge History of the Italian Americans, Mafia Movies: A Reader (University of Toronto), and The Essential Sopranos Reader (University of Kentucky Press).

JENNIFER MARTELLI’S debut poetry collection, The Uncanny Valley, was published in 2016 by Big Table Publishing Company. She is also the author of After Bird from Grey Book Press. Her work has appeared in Thrush, [Pank], Glass Poetry Journal, Cleaver, and Tinderbox Poetry Journal. Jennifer Martelli has been nominated for Pushcart and Best of the Net Prizes and is the recipient of the Massachusetts Cultural Council Grant in Poetry. She is a co-curator for The Mom Egg VOX Folio.Her collection of poetry, My Tarantella (Bordgihera Press, 2018), is now avaliable!

THEODORA D. PATRONA received her Ph.D. with Honors from the School of English of the Aristotle University of Thessaloniki, Greece in 2011. She also holds an MA in Translation from the University of Surrey, UK. She has numerous publications on Italian American and Greek American literature, film and television. She is the author of Return Narratives: Ethnic Space in Late Twentieth-Century Greek American and Italian American American Literature (Fairleigh Dickinson Press,  2017)

JESS DERR is a senior English major with a minor in Gender and Sexuality Studies from Arcadia University. On campus she is involved with Arcadia’s Women’s Lacrosse Team, the literary magazine, Quiddity, the English Honor Society, Sigma Tau Delta, and the University Writing Center. After graduation she aims to continue her academic pursuits with the eventual goal of becoming an English professor. She is extremely excited to be working with OVUNQUE SIAMO, as her mother’s entire side of the family is Italian. In particular, her mother’s father lived in Sicily until his early twenties. 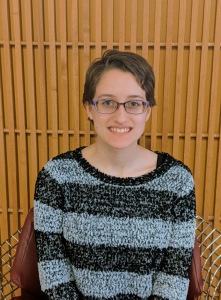 Danni Maggiore is a senior at Arcadia University, where she is majoring in English with a concentration in creative writing. She loves science fiction and fantasy, but her number one love is poetry. Her biggest dream is to one day start her own small publishing house so she can help give underprivileged writers an opportunity to be published. She is a third generation Italian-American on her father’s side, with her great-grandfather moving from Sicily to Tunisia as a boy before settling finally in northern New Jersey, where the Maggiore family has lived since.