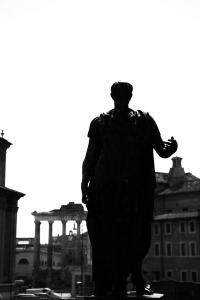 I had just moved back to New York City from California. I was now living in Manhattan; it was like I was discovering NYC for the first time. Living in Oakland, a city where I didn’t know anyone, taught me how to explore NYC and how to seek out new things, new experiences.

In my scouring of goings on in Manhattan, I found that there was a monthly meeting of Italian American writers at the Cornelia Street Cafe. It was a mix of featured and open mic readers. I was curious. What would Italian writers write about?

I went down that Saturday, open minded. Maybe I would make some friends. Learn something new.

There were a few featured readers who were spectacular. People like Victoria Repetto and Anthony Valerio. I now know that there were writers there I would get to know decades later. People like my friend George Guida. Funny to be sitting in a room with someone you’d only get to know twenty-five years later.

The host of the reading, and the president of the group, Bob Viscusi, read from his poem An Oration Upon the Most Recent Death of Christopher Columbus.

Bob was short, balding and thin. He looked like he could be related to Allen Ginsberg. He was very expressive. A terrific reader. He recited, cocking his head curiously, gesturing wildly with his arms.

i found christopher columbus hiding in the ashtray

what are you doing there, if you please?

no one smokes, he said, leave me alone.

Watching and hearing Viscusi was like experiencing an opening in the galaxy. Not only was he a gifted writer and presenter of his work, he wrote about the things I grew up with. People arguing about which insurance they have, how you get to New Jersey from Queens. But he took these mundane topics and elevated them to a different cosmos. They were my concerns, but not just my concerns. They were so specific they were universal. I was exploding with revelation.

I took one of the flyers describing his next reading. This one at the Nuyorican Cafe in the East Village.

Again, Bob read from his Columbus poem, but also read excerpts from his novel Astoria.  The prose in Astoria was sophisticated and insightful; it read like some mysterious combination of Dante, Robert Browning and Cicero.  The sentences could go on for nearly a page, as if Bob was playing with you. In his inimitable way, Bob teased the reader, writing in the preface that his sentences read like the autobiography of a pinball.  And indeed, the beautifully crafted prose caught you by surprise, often meandering into totally unexpected, but delightful, directions.

Despite the stylistic elements, Astoria was about growing up Italian American in Astoria, Queens.  I grew up in Queens. How could that be an epic subject? Something worthy of being written about.

This was the beginning of my relationship with Bob.

Then, over the years, I saw Bob in Greenwich Village at readings and sometimes just randomly bumped into him on the street. He’d always ask me about the book I was reading or discuss the book he had in his hand.  Our random rendezvous would extend into thirty-minute conversations in the street, or a quick sit-down coffee. We both had so much to say to each other. I was always eager to listen to Bob. He’d read so much, knew so much. Wrote several books.  Not to mention that he was a professor of English Literature.

Then, after some twenty-five years of knowing Bob, I moved to Midwood, near Brooklyn College, where he lived and taught. Bob told me that he had a stroke recently. He said that he was forgetting things.  Bob wrote my number down countless times on napkins and pieces of paper, which he was never able to find.

Then he stopped remembering my name.

I would often call Bob to schedule getting together for a coffee or to eat.

Bob knew who I was every time I called. He knew my voice, though he’d often forget my name.

When my manuscript Call Me Guido was accepted for publication, I asked Bob if he would write a blurb.

“Bob, you’re one of the reasons I write on Italian American themes.  You’ve been an amazing influence on me.

“Call Me Guido is a ballsy title,” he then added.

We then went to Bob’s house.  It was a big Victorian with a great porch on a dead-end street.  Bob lived there with his wife, Nancy, who I’d met on the street a few times.  I’d never met Bob’s two children, Victoria and Robert. They were only slightly younger than me.

As soon as I walked in the door, I saw the many bookcases packed with Italian and Italian American writers.  Calvino. Vittorini. Eco. Anthony Valerio. It felt like I was in some clandestine laboratory where a part of my consciousness was incubated.

We then sat down in his dining room near the piano.  Bob started playing a bluesy rag-time piece, but then seemed to lose his way.

He turned around to look at me.

“I used to be very good. I can’t remember anything anymore,” he said.

“You’re still good.  I can hear that you know how to play.”

Then I noticed that Bob was crying.  Tears ran down his face. I put my hands on his hands.

But this crying wasn’t about playing piano.  It was about his mind running away from him. Bob Viscusi’s once great mind was now eluding its owner.  Where had the time gone, Bob was asking. Who was he now? Sometimes, he was crystal clear and could recite poems and recall authors and their works. Sometimes, Bob was lost in the thread of a conversation.

We often met each other walking up the street that led to our homes.  On one of these encounters, Bob invited me to an award ceremony at Brooklyn College for the work he’d done at the Wolf Institute for the Humanities. He was being honored with a lifetime award; it was a very big deal.  The other professors praised him. What a giant intellect and great poet he was. A mind that inspired his professors and students. One professor said that what stood out about Bob when he first met him was the he was a great dresser.

Then when Bob got up to give his thank you speech, he started reading from his papers.  The audience was hushed, awaiting Bob’s great words. Within only about a minute, Bob seemed to lose his way.  He shuffled the papers, dropping one of them. It wasn’t so much that people were shocked. These were his colleagues.  They knew his situation. The silence that ensued was like a loving hug, as if everyone sitting in that room held Bob closely and then lifted him high up to the sky.

Since I lived near Bob, George Guida, having now met him at an Italian American writer’s conference, said that he’d let me know when he was coming in to visit Bob.  We could stop by his house together, go to dinner.

When we learned that Bob became suddenly even more ill, George and I made a visit to Lenox Hill Hospital to visit Bob.

Bob woke up when we walked in.

As usual Bob asked all the questions. Even lying there, frail and tired, Bob’s curiosity was still churning.

George pulled out his copy of Bob’s Buried Caesars and read the preface.

The preface described how most non-Italians and even Italians are completely unaware of the depth of their history.  Most people only see the Italian impact on music, culture, language and history from the head up. Buried beneath the surface is the deep history that is yet to be excavated.

“Bob, do you remember calling me to read versions of the preface?” asked George.

This was all very touching.  Hearing George read the preface reminded me of why Bob was so important in my own discovery of Italian American studies and literature.  I’m doing the excavation that Bob was alluding to in Buried Caesars.

To George, who perhaps will help me in deciding what to think of all of this.

That inscription sums up Bob’s curiosity and contribution to Italian American studies.  After achieving so much, writing several seminal books on Italian American literature, and influencing so many with his writing and charisma, Bob’s note to George confirmed his own eternal curiosity.

Bob’s note to George made it clear that, even after all these years, after reading and writing on Italian American subjects, we all have so much to learn about our buried Caesars.